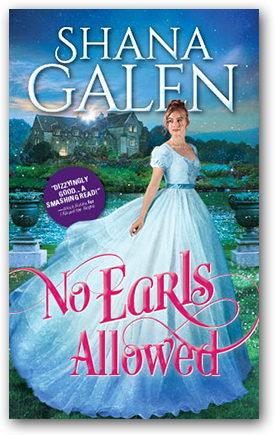 Neil woke and gulped in air. The acrid smell of cannon smoke burned his lungs, and the stench of burning flesh assaulted his nostrils. His hands fisted in the sheets on the bed, their softness reminding him he was not lying on a battlefield beside his dead brother but in his bed in his flat in London.

Without looking, he reached for the glass of gin on the bedside table. There was always a glass of gin on the bedside table. It wasn't a gentleman's drink, but here, in the dark, alone with his demons, Neil didn't want to be a gentleman. And so he bought gin for the nights when the dreams of battle haunted him. And when he drank the bitter brew, he tried to forget he was the son of a marquess.

He sipped the gin and lit a lamp, taking solace in the fact that his hands didn't shake. If he'd dreamed on, he likely would have woken with trembling hands and a scream echoing in his ears. For, as he'd lain beside his dead brother on that hill in Portugal, the smoke of the battlefield had coalesced around him, settling inside him. Instead of stifling him, the smoke caught the breeze and the flame of rage ignited within him. The fire built until it seared and burned, and he'd not been able to quench the heat until he rose and, with a roar, stumbled after the French soldiers the dragoons hadn't routed. Like a berserker, he'd cut every one of them down, even as they raised hands in surrender, even as they'd begged for quarter.

Neil had expected to be reprimanded for his behavior that day—behavior unbecoming a gentleman—but Draven had pulled him aside and given him a promotion of sorts.

If one could call leading a suicide troop a promotion.

The flame of rage had long been extinguished, and in its place laid a weight like a sodden mantle, bowing his shoulders. Neil could not shed it, no matter how hard he tried. Now he rose and pulled on trousers and a linen shirt. He didn't bother to tuck in the shirt or button it at the throat or sleeves. Instead, he padded to the window and pushed the heavy curtains open. He had a view of St. James's Street. He liked the sight of carriages and men coming and going from gambling hells or brothels. He liked the noise and the lights spilling from the establishments. It drowned out the sounds of battle that too easily plagued him in silence.

Neil stood and stared out the window for a long time before shoving his feet into boots and shrugging on a coat. His manservant would not arrive until later in the morning, so Neil managed the cravat on his own. As for his wild hair, he combed his fingers through it, pushing the sides out of his eyes.

He had no one to inform of his departure. He lived alone, a necessity when one woke screaming five out of seven nights of the week. He took his walking stick as a precaution against drunkards, who might be stupid enough to accost him, and left for his club.

Twenty minutes later, Porter greeted him. "Mr. Wraxall," the older distinguished man said as he opened the door. "A pleasure to see you, sir."

Neil handed the master of the house his walking stick. "Don't you ever sleep, Porter?"

Porter raised his brows, silver to match his hair. "Don't you, sir?"

"Not unless I have to. I know it's half past three. Is anyone here?"

"Mr. Beaumont is asleep in the card room."

No doubt Rafe had retreated to the Draven Club to escape some woman. Neil might have laughed if he hadn't come to escape his own demons. Not that the club didn't have its ghosts. His gaze strayed to the shield hanging directly opposite the door where no one entering could miss it. It was a silver shield bisected by a thick, medieval sword with a pommel shaped like a fleur-de-lis. Under the grip, the cross-guard was ornamented with a skull. It would not have been particularly macabre except for the eighteen marks on the flanks and base. Each fleur-de-lis, nine on the dexter side and nine on the sinister side, stood for a member of the troop of Draven's men Neil had lost during the war. Neil often felt he carried the weight of the enormous shield on his back.

"Anyone else here?" he asked the Master of the House.

"No, sir." Porter placed the walking stick in a stand, his wooden leg thumping on the carpet. "Would you care for a drink or something to eat, sir?"

Neil wanted more gin, if only to settle his nerves, but he could have drunk himself into a stupor at his flat. He'd come here to affect civility. He'd come here because it was the closest thing to home he'd ever known. "Brandy would suit me, Porter."

Though Neil could have found it blindfolded, Porter led him up the winding staircase and into the dining room. The five round tables in the paneled wood room were empty, their white linen tablecloths bright and clean and anticipating the next diner.

Neil chose a chair near the big hearth and settled back. The silence here didn't bother him. He could all but hear the echoes of his friends' voices—those who had survived—raised in song or laughter. He half expected to look to the side and see Ewan Mostyn—the brawny, muscled protector of the group—bent over a meal or spot Rafe Beaumont leaning negligently against one of the walls, under a sconce.

Porter returned with the brandy on a silver salver. Neil had told the man a hundred times such gestures were unnecessary, but Porter believed in standards. Neil lifted the brandy then frowned at the folded white paper that had been beneath it.

"I almost forgot, sir. This note came for you a few hours ago."

Neil lifted it and nodded to the silver-haired Master of the House, who departed quite gracefully, considering he had but one leg. It didn't surprise Neil that correspondence meant for him had been sent here. He was here more than anywhere else, and anyone who knew him knew that. He broke the seal and opened the paper, recognizing the hand immediately. It was from the Marquess of Kensington. It said simply:

Call on me at the town house at your earliest convenience. I have need of you.

Neil folded the letter and put it in his pocket. It was not unusual for his father to request Neil's assistance with various tasks from inspecting an investment opportunity to traveling to one of the marquess's many estates and assisting the steward with a duty or question. As a bastard, Neil had no social commitments and no obligations to the Kensington title as his elder brothers did. In Neil's opinion, acting in his father's stead was the least he could do, considering his father had claimed him, seen that he had been educated, and now granted him an allowance of sorts. The marquess would never have called it payment for Neil's services, but that was what it amounted to.

Neil bore his legitimate brothers no ill will, and they had always been civil to him. Especially Christopher. Neil and Christopher had been friends as well as brothers. The marquess's wife had always been coolly polite to him, though it must have chafed every time she encountered him. No doubt she wished Neil, not Christopher, had died in Portugal.

Neil was the product of Kensington's liaison with a beautiful Italian woman he'd been introduced to in London shortly after the birth of his second son. He'd been instantly smitten, and what ensued was a brief and passionate affair. The marchioness had looked the other way, suffering in silence as other women of her class had before her. The relationship might have gone on indefinitely if Neil's mother had not conceived a child and, after a difficult pregnancy, died of complications.

Neil had never known his mother. Instead, he'd been raised by a farmer and his wife who lived on Kensington's Lancashire estate. He'd been a small, dark child with startling blue eyes and a fondness for woodcarving, like his foster father, and horses, like his real father. Neil had always known the marquess was his real father. The giant of a man had come to visit him without fail once a month unless he was in Town for the Season.

At eight, Neil had gone to school—not Eton like his brothers—but a good school for middle-class children, and he'd learned reading and writing and arithmetic. He'd left school and his father had bought him a commission in the cavalry. On his own merits, he'd earned a position in the 16th Light Dragoons, also known as the Queen's Lancers. He'd always been proud of his service as a member of the 16th.

He was not so proud of the service he'd done afterward.

But his father did not want to speak to him about the war or how Neil had sold his soul to Lieutenant Colonel Draven on the same day Christopher had been killed. The marquess didn't blame Neil for Christopher's death.

Neil still blamed himself—for that death and those that followed—and he would spend the rest of his days in atonement.

He looked down at the note once again. Cold seeped along his limbs as he reread it. Neil had a feeling he wouldn't like what his father requested this time and not simply because he'd be expected to be sober when hearing it. With a sigh, Neil rose, threw the brandy in the fire, and prepared for the worst.

Return to No Earls Allowed