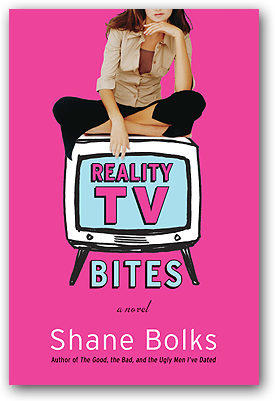 I've heard it said that in order to find her prince, a girl has to kiss a lot of frogs.

When I was a little girl I'd dress up in my pink leotard, ballet slippers, and tulle skirt, paint my nails Pretty Princess Pink, and set my rhinestone tiara high on my red pigtails. Then I'd line up my subjects—Malibu Barbie, My Little Pony, Strawberry Shortcake, the Cabbage Patch kids, the Monchhichis, and a stuffed white kitty—and play princess.

The object of the game was simple. I ordered everyone around. If any of my vassals disobeyed—Strawberry Shortcake in particular had a stubborn streak—I'd threaten to banish her to IckLand, i.e. the hallway where my older brother Grayson waited to pounce on her and pull off her head.

If my subjects were good and obeyed me, then they earned the privilege of sitting with me on my pink-canopied daybed and watching through the bedroom window for the noble prince's arrival.

Come to think of it, not much has changed in the twenty-something years that have passed. I still get dressed up, I still paint my nails, and I still have to deal with those stubborn Strawberry Shortcake types.

Only, on days like today, I wonder why I even bother with the someday-my-prince-will-come routine.

I'm wearing a cream silk blouse and black wide-leg trousers, a la Katherine Hepburn in the early Forties. I'm not into vintage footwear—sixty-year old foot odor is not appealing—so I've got on three-inch black satin slides by Anne Klein, and I'm sporting a matching bag. My nails are painted OPI's Chicago Champagne Toast, a nod to the city where I live, and my red hair is a perfectly straight, shiny cascade down my back (I checked earlier in my bathroom mirror).

I look like a princess—a princess surrounded by a bunch of screaming, red-faced buffoons, a dozen sweaty guys in jerseys and shorts that are too big, and a toad I was hoping would turn out to be my prince.

Translation for those of you not living in Fairy Tale Land like me: It's the last game of the Bulls basketball season, I'm at the United Center, seated directly behind the players and next to Dave Tivoli, a.k.a. the toad.

"That wasn't a foul. Come on!" Dave and half the auditorium scream. I stand and peer over the players, heads. Not that I care what's happening. I just need to stretch my legs. Dave's arm goes around my waist, and I glance at him. His eyes are still on the game, but his touch sends a tiny shiver through me anyway.

Pressed against me, Dave's body is tense and focused. I wonder how all that power would feel concentrated solely on me. Under me...

"No." Dave slaps his free hand to his forehead and I look back at the court. The Rockets, player is still at the free throw line.

"Dave?" I say quietly near his ear.

"Hmm?" He doesn't look at me, then suddenly he yells, ,"Yes! Yes! He missed. One more to go. Miss! Miss!" There's a split second of silence, and even I have to look. The ball sails toward the basket in a perfect arc—and falls just short.

The crowd roars, and Dave pulls me hard against him and kisses me. It's not a long kiss, or even a particularly passionate one, but something about Dave always sends my senses spinning.

By the time I reel said senses in, we're sitting again, and I say, "What was that all about?"

"We're still ahead. Mutumbo's got to be hating that he missed those free throws. He played for Chicago before we traded him to Houston."

"Hmm. Fascinating." I had meant what was the kiss about, of course.

"No way!" Dave jumps up again to watch the game, and I sit back and sigh.

I have no idea how I got here. I mean, I know how I got here—in Dave's Land Rover—but I don't know how It's come to this. How I—Allison Lynn Holloway—have come to be sitting in a sports stadium with a toad.

I look over at him: tall, football player build, spiky blond hair, nice butt...Okay, he's a hot toad. I'll give him that. I met Dave a few weeks ago. My best friend is dating his best friend, so we ended up hanging around together, then moved to hanging around on our own.

Dave isn't my type. At all. Not even his looks. Dave's all casual and rugged looking. I like some refinement in a man. And Dave's a guy's guy—"Hey man, how's it hanging?"—and all that macho bullshit. An advertising exec with Dougall Marketing, Dave lives in an apartment in Wrigleyville. My type owns a Porsche, a penthouse, and his own company.

Dave and I had been out five or six times when he called last week to ask me out again. I was having trouble getting a handle on Dave at that point. He seemed to like me, but he wasn't taking any of my cues to move things to the next level.

It isn't so much that I'm dying to sleep with Dave, though I'm not opposed to the idea, but I don't want to jump into bed if that's all it is. I've been there before, bought the requisite "I Had Sex and All I Got is This Lousy T-shirt," and I'd rather use my frequent dating miles elsewhere, thank you.

It didn't take a genius to see that Dave would need a lot of work. And while It's true that Chicago Home & Garden called me "an inventive interior designer with a flair for the understated," inventive as I am, I just don't have the patience to make over a man after remodeling rooms all day. So when Dave called again I gave him the let's-just-be-friends speech. Or was it the It's-not-you-It's-me speech?

I don't know. Dave's a jock; I don't have to be inventive. The point is, I thought that was the end of him.

Until a few days ago, he decided to impose his too-yang environment on my happily balanced yin.