Join these pick-pockets, forgers, ciphers, and spies as they begin their training at a camp for saboteurs, where the skills they learn and the missions they're assigned will test their mettle and their loyalty. From glittering ballrooms to the grandeur of the royal palace to the most dangerous slum, the bonds they forge may save their lives, but it's their hearts that are irrevocably transformed.

Beauty and the Thief 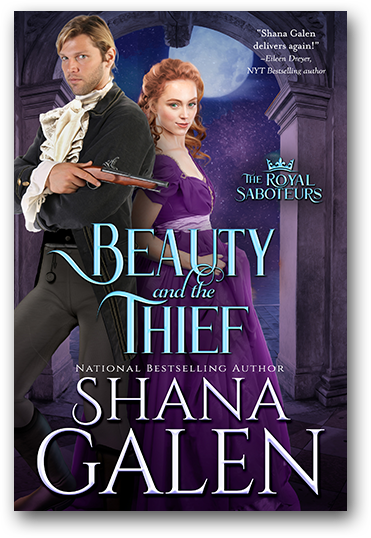 Callahan Kelly is a conman, pure and simple. With his dark hair, dark eyes, and dimpled smile, he can smooth talk anyone out of anything and has a keen nose for sniffing out liars and thieves. So clearly someone somewhere made a mistake including him on a train heading toward a training ground with an elite group of agents for the Crown. But Baron, the leader of the newly formed Royal Saboteurs, makes a deal with Callahan: stay until his troubles in London die down, and if he still wants to go, he'll be paid and discharged. But Cal finds the training at the camp fascinating, and even more intriguing is Bridget, the red-haired beauty who's immune to his charm. When Cal is asked to partner with Bridget to infiltrate a group of Irish separatists or return to London, the choice is neither simple nor easy.

Bridget Murray was sent from London to serve as Baron's secretary. She never expected to be given the chance to carry out a mission for the Royal Saboteurs. She doesn't like Callahan Kelly from the moment she meets him. But when they're paired to infiltrate the Irish nationalists, she reluctantly agrees to pose as his wife. Living in close quarters with Callahan isn't as awful as she expected, and that's just the problem. The closer they become and the more real the danger surrounding him, the more she realizes she doesn't ever want to let him go.

Beauty and the Thief is available in paperback and ebook:

Lady and the Scamp 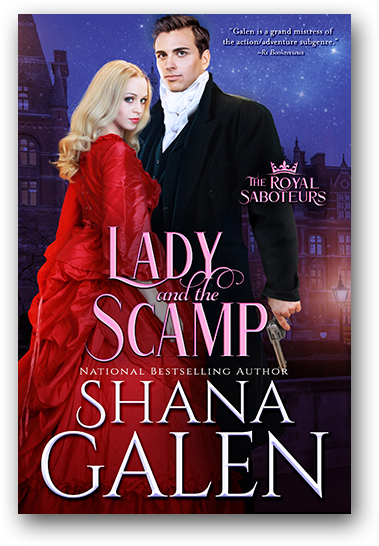 Willoughby Galloway was born to be an agent for the King and Country. His parents were two of the most celebrated agents of the Napoleonic Wars, but despite his illustrious parentage, Will hasn't yet distinguished himself in the service of the Crown. He sees the Royal Saboteurs as his chance to show his true abilities and prove he is more than a pale shadow of his parents. When Will is assigned a mission to sabotage an assassin's efforts to slay young Queen Victoria, the last thing he needs is a distraction. But then he meets the ethereal blond beauty, Lady Averley.

Emily Blythe-Coston, Lady Averley, accepted a position as lady-in-waiting for Queen Victoria after the death of her beloved husband. Emily agreed with the queen that serving in the royal household might alleviate her lingering sorrow and grief. She doesn't expect to develop feelings for the newest member of the court, a handsome young scamp who shares her interest in fossils. Emily's budding attraction to Willoughby Galloway is most unwanted. But when she becomes caught in the crossfire of an attempt to murder the queen, she's drawn into a world of secrets and lies, where Will might just be the only person she can trust. Trusting him with her life is easy. Trusting him with her heart is another matter entirely.

Lady and the Scamp will be available in paperback and ebook: