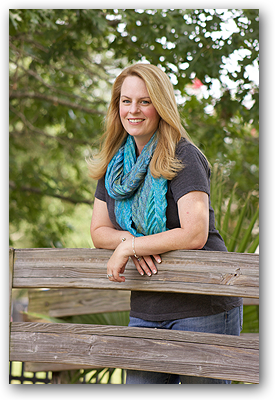 Who is Shana Galen?

Shana Galen is the bestselling author of fast-paced adventurous Regency historicals, including the RT Reviewers' Choice The Making of a Gentleman. Booklist says, "Galen expertly entwines espionage-flavored intrigue with sizzling passion," and RT Bookreviews calls her "a grand mistress of the action/adventure subgenre." She taught English at the middle and high school level off and on for eleven years. Most of those years were spent working in Houston's inner city. Now she writes full time. She's happily married and has a daughter who is most definitely a romance heroine in the making. Shana loves to hear from readers, so send her an email or see what she's up to daily on Facebook and Twitter.

Why did you become a writer? Why do you write romance?

The thing is writing wasn't so much a choice as it was a compunction. For as long as I can remember I've been a storyteller. Just ask my little sister how often I kept her up at night, telling her stories into the wee hours. Of course, she loved them and was only pretending to be asleep!

When I got old enough to write, I started writing my stories. One of my first attempts at a story about Star Wars is in the Little Black Book section of The Good, The Bad, and The Ugly Men I've Dated I wrote as Shane Bolks. Why did I decide to write romance? Even that first Star Wars story had a romantic slant, but I guess the best answer is that stories about relationships have always intrigued me. And romance itself fascinates me—the first meeting, the first kiss, the first day as husband and wife...

I was and still am fascinated by romance, and when I began reading romance novels, I knew I'd made an important discovery for my life. Like most writers, I had a story I had to get out. The first book I ever wrote was When Dashing Met Danger, and it was the most exciting thing I'd ever done. I can remember staying up until two in the morning writing because I wanted to know what would happen next.

How did you become a published author?

What made me think that I could make a career out of writing? I must have been either completely ignorant or completely delusional. You know how people say that if they'd known what they were getting into, they never would have started? I practically coined the phrase. When I started writing, I had no idea what lay ahead. I just wanted to write a story I liked. So I did. And now years later, I've been fortunate enough to sell it and many more.

How did I publish? Luck. Hard work. And some smart—and not so smart—business decisions. The smart decisions included joining Romance Writers of America, entering my books in writing contests, going to local and national conferences, and securing an agent who believed in me.

In short, I worked really hard. 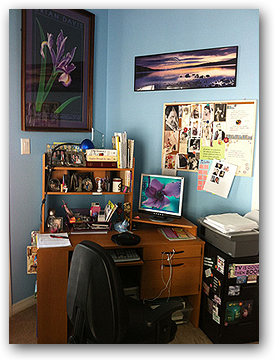 One thing I always wondered about when I first began writing—okay, I still wonder this—is what the life of a "real" writer is like. Do they sit and write for eight hours a day? Do they really laze about in their jammies all day? What's a book tour really like?

The more writers I meet, the more I realize that their lives aren't so different from mine, i.e. not glamorous in the least. Writing is hard and lonely, and book tours aren't so much fun if you only sell a book or two at every signing. Okay, the jammy thing is a pretty big perk. I'll admit that...

Because I'm a mom, my schedule has to be flexible. I get up early (before 5 a.m.) and run with my friends Emily and Amy. We’re always training for a 10K or half marathon. Then I come home, walk Sparky the dog, see my husband off to work, and get my daughter ready for elementary school. While she's at school, I write new pages. My goal is 25 new pages a week. Ideally, when I'm done with my pages, I answer email, revise, check Facebook or Twitter, and do other business-y things. If I'm being honest, I admit I sometimes surf around Facebook before writing those new pages. I also carve time out of each day to read or listen to an audio book. You can't be a writer if you don't read.

What are you up to now?