Snowbound with the Viscount 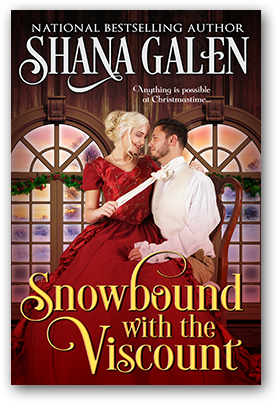 The weather outside is frightful...
Holly Farthing is not in the Christmas spirit. As a young widow, the holidays of the past three years have been lonely. When her good friend invites her to a house party, Holly almost declines. Until she learns Viscount Ivy will be in attendance. Ivy was a close friend of Holly's brother at school, and she's pined after the new viscount for years. But the Lord Ivy has always treated her like a little sister. Predictably, at the house party, Ivy barely notices Holly. It seems she's lost her chance to capture his attention and affection...and then snow begins to fall.

But fireside with the viscount is delightful!
Adam Ivy is surprised when Holly arrives at the Dorsey house party alone. He assumed such a lovely young woman would be betrothed by now. Adam is drawn to Holly but unsure if there's anything more than friendship between them. Then Holly's future and reputation is plunged into danger, and Adam rushes to the rescue by proposing a false engagement. He's certain he can straighten the matter out quickly...and then the snow begins to fall.

As the temperatures turn frigid, passions between Holly and Adam simmer. But can Adam prove to Holly that his feelings are anything but false?

Snowbound with the Viscount is available as an ebook:

The Summer of Wine and Scandal 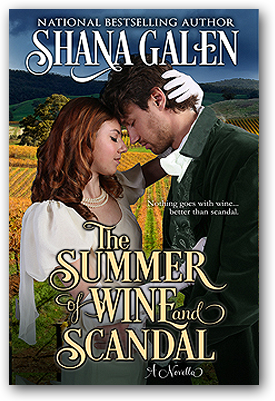 "An emotive story of forgiveness and redemption."
—Rakes & Rascals

Nothing goes with wine...
Dandy Peregrine Lochley detests the country. It's exceedingly dull...until the wheel of of his curricle sinks in mud and a country miss digs him out. Feeling obliged to repay her kindness, he invites her to dine. Caroline Martin is a mystery, and the more Lochley happens upon her, the more he wants to uncover her secrets. But when Lochley rescues Caro from two men accosting her in town, he finds out the ugly truth about Caro and about himself.

Better than scandal.
Caroline Martin made one mistake. She trusted a man who betrayed her. Now she lives in seclusion on her father's vineyard. When she meets viscount's son Peregrine Lochley, she's tempted to trust again. Her worst fears are realized when he discovers her secret. Can he accept her, despite her flaws, or will this wine expert reject her like an inferior vintage?

The Summer of Wine and Scandal is available as an ebook: